Weekend in Barcelona, had tapas with some of the family. Then went to stay with spanish friends in Requena where there was a white house. 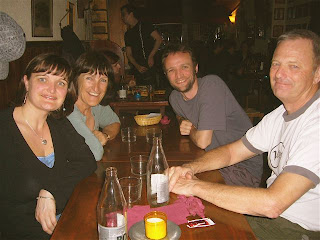 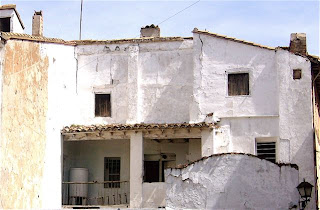 Posted by John Lillie at 11:09 pm No comments: Links to this post 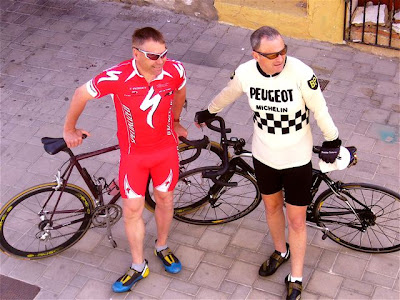 No sooner had we got back home to Spain after helping Lorraine & Kevin at their duathlon than they arrived at our place looking for a week's R&R. So, me and Kev had to go out cycling all over the place. 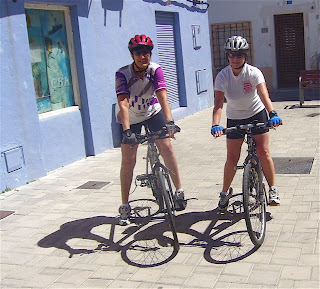 Posted by John Lillie at 5:50 pm No comments: Links to this post

Went to England - flew to Bournemouth which is a very nice little uncrowded airport in southern England. It's not actually built from portacabins - but it feels like it. Stayed with Sally's sister near Bournemouth, visited Prendas Ciclismo and bought retro black and white jersey, similar to the Italian Carpano team jersey from (if my memory serves me correctly) 1960 :-)

Saturday went over to Swindon to help a bit with Lorraine's duathlon.

Sunday morning, race day, we awoke to . . . Snow! Pretty but cold, pretty cold in fact. However, by race time it wasn't quite freezing and the race went off very well :-) I rode lead bike (for the first run) and moved a few barriers. Met up with Trev (in Red) for first time in ages.

Monday went and looked at Winnebago which is parked nearby - soon to be advertised on eBay, more pics click here. 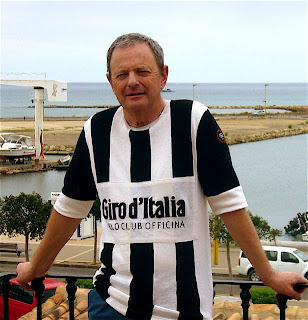 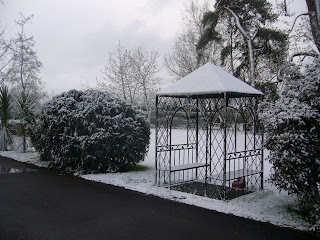 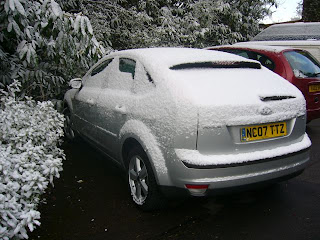 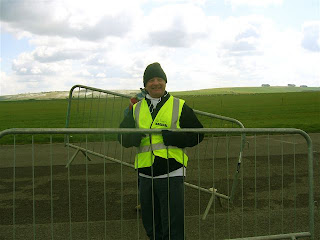 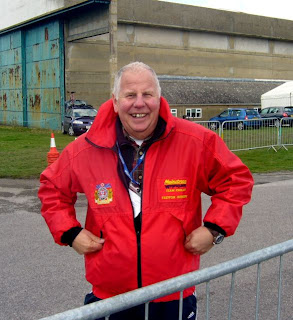 Posted by John Lillie at 4:21 pm No comments: Links to this post