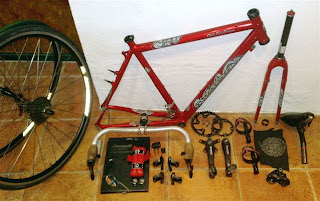 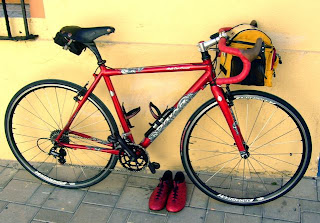 Posted by John Lillie at 8:00 pm Links to this post

Back in the 1970's we supplied dairy products to Cranks Health Food Restaurant in Soho in London. Next door was a shop called The Craftsman's Potter Shop selling all sorts of nice hand-made pots and ceramic art and stuff. We bought most of our tableware there including half a dozen bowls, cups and mugs by a potter called Owen Thorpe and we still have most of the pieces in regular use to this day.

I don't know what succession of mouse clicks brought me to an eBay page selling an Owen Thorpe coffee pot, but being overwhelmed with nostalgia I bid and bought the pot (and a similar milk jug).

So, 40 odd years later we can make our coffee in a matching pot, jug and mug while we nibble on our organic nut rissoles :-)

Peace.
Posted by John Lillie at 5:34 pm Links to this post

I just bought this super-duper new stock pot (as recommended by Raymond Blanc).

For its maiden voyage I filled a third of it with a mix of chicken bits, a selection of vegetables and some spices, another third with water, then simmered the lot for about five hours.

Result - a stock you could eat with a knife & fork! 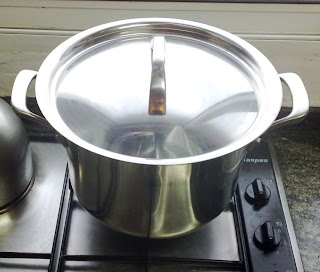 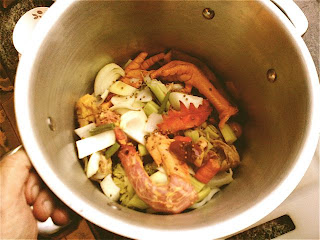 Using the stock as a base I've made three soups:

Posted by John Lillie at 3:04 pm Links to this post 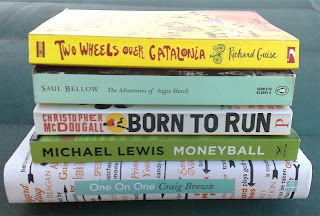 Two Wheels over Catalonia by Richard Guise.
Blokey bloke rides round Catalunya and gives a bit of interesting local info on the side.

The Adventures of Augie March by Saul Bellow.
I *think* I've read this many years ago, but I'll still enjoy it, I hope.

Born to Run by Chistopher McDougall.
Some American writers think they're Ernest Hemmigway, but still . . . .

Moneyball by Michael Lewis.
I know nothing about baseball, but this is a good read, apparently.

One on One by Craig Brown.
Picked this as a present from my Mum, so it better be good!
Posted by John Lillie at 5:56 pm Links to this post 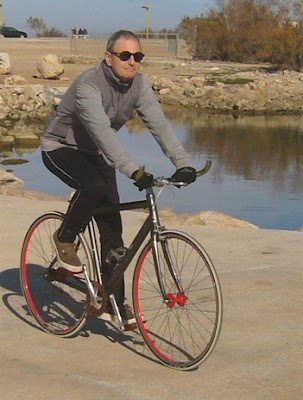 Posted by John Lillie at 1:12 pm Links to this post 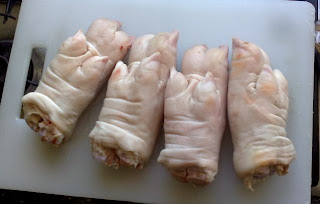 Having nothing better to do after Christmas, I decided to have a go at making a classic French dish as described in (one of) my Marco Pierre White cookbooks. He says to allow three days for the preparation for Braised Pig's Trotters 'Pierre Koffman' - and he's right!

I laboured and laboured  but after two and a half days I came to a halt (I have to say I wasn't helped by my Spanish butcher slicing them on the wrong side). The feet are supposed to be emptied of bone and gristle leaving the skin to be filled with a mixture of sweetbreads, morels (I was using setas instead) and  chicken mousse. This takes a lot of cooking and cutting and slicing and dicing and blending and boiling and somewhere I went off course.


Anyway, I finished up making the stuffing into a passable meatloaf, the sweet potato planned as an accompaniment made soup (with a bit of ginger for luck) and I also have a litre or so of stock that you could use to stick back your broken bathroom tiles. I don't really know what to do with the remains of the trotters . . . . . 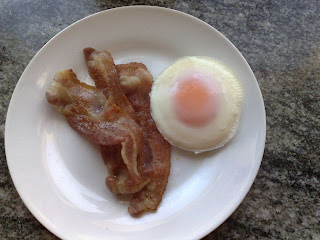 On the positive side the egg poacher from Father Christmas works a treat and makes a satisfyingly symmetrical egg, now all I need to do is get the bacon into nice straight lines :-)

Posted by John Lillie at 10:23 pm Links to this post