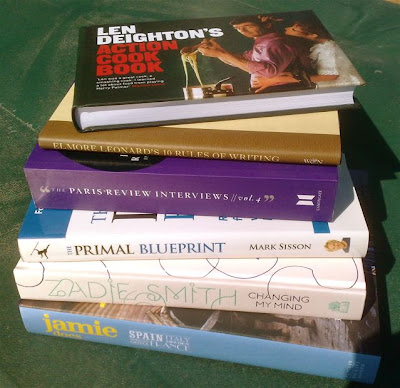 Amazon UK have just reported improved profits for the last quarter as a consequence of my order for another six book.

Len Deighton's Action Cook Book might have been the very first cook book to grace our shelves and I bought this reprint just for the good vibes. Elmore Leonard's 10 Rules of Writing is a rip-off, the whole book could be printed on one page, boo. The Paris Review (vol 4) I bought this for a reason which I can't remember at the mo. The Primal Blueprint by Mark Sissons, hope it will convince me to carry on living la vida low-carb. Zadie Smith, I really liked her first novel but I don't think I'm going to like this; what can I say - pretentious, perhaps. Jamie Does 'cos he has some recipes from Madame Valette's restaurant in Bach that we visited (#344)

I'm enjoying a Shane Meadows (Brit film director) retrospective. This is England is a film about the 1980 punk scene. IMDB says: A story about a troubled boy growing up in England, set in 1983. He comes across a few skinheads on his way home from school, after a fight. They become his new best friends even like family. (It's not all that nice in places).

Now there is a four episode TV series in the UK, This is England '86 which carries on with the story, but some years later. I've seen the first - It's Proper.

So then I searched out Somers Town of which IMDB says: A black-and-white study of a social environment in London, concentrating on a pair of unlikely new friends and the girl they both fancy. It's good. 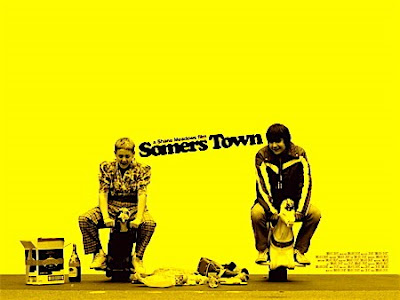 Posted by John Lillie at 10:25 pm Links to this post

La Vuelta (or tour of Spain bike race) passed by our house on Sunday. 185 riders plus 185 cars, vans and motorbikes to look after them. Then they sped over to Ondara for a sprint and then up the Col de Rates on their way to the finish in Alcoy.

Just by chance we had been up the Col de Rates the day before. There is an ingenious time trial system installed at the foot of the climb. You take a card, date and time stamp it then race to the top to a second machine where you stamp your arrival time. You can leave the card in their post box and eventually your climb time is posted at www.stoppomat.com

We weren't that fast going up but I calculated we were five time quicker coming down :-) 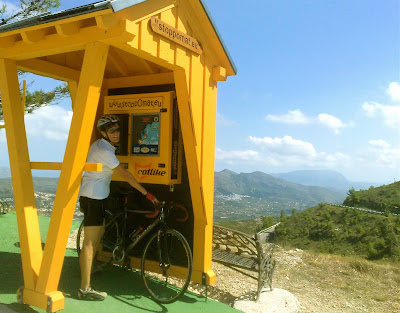 Posted by John Lillie at 11:31 am Links to this post