During Fallas Fiesta week we have; Balloons, Parades, building of huge Disney-like Ninots and on the last day, burning them down (the Ninots that is - not the parading girls). 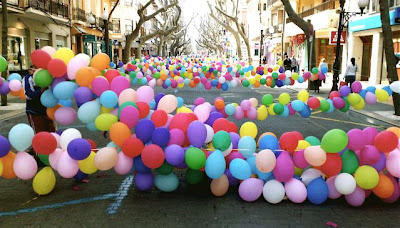 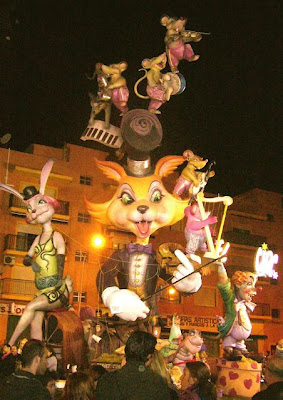 Posted by John Lillie at 7:00 pm No comments: Links to this post 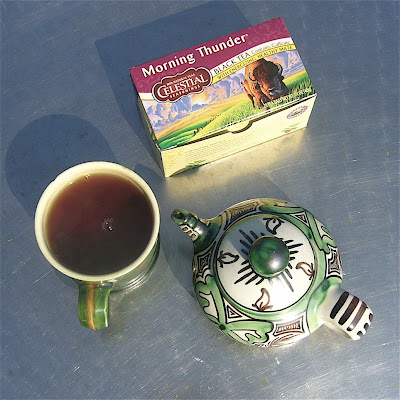 The other day on my clicking travels round the internet I stopped by the Swobo website, they are located in Northern California and sell bikes and nice clothing. I have a couple of their merino wool cycling jerseys.

Just as I visited, they proposed a competition to win a T-shirt by guessing the drummer on a Thelonius Monk Quartet record. As chance would have it, I'd just posed for a Monk Sleeveface (see#254) with that self same album - so I knew that the drummer was Jackie Dunlop.

After a few false starts I was granted the prize of a Swobo T shirt - but, as the shipping by UPS to Spain would have cost them over 80 bucks, I suggested it would be more economic to send the shirt to my friend Susan in Chicago.

This is the bizarre bit, only a day or two before I had mailed Susan and asked her to send me a packet of Celestial Seasonings Morning Thunder Tea (which I can't get in Spain), serendipitously I could now repay her good deed with an organic cotton Swobo T-shirt. Circle completed! Loose ends tied up! Profit and Loss balanced! Tea for T!

It's like that old Seinfeld episode where every time Gerry loses $10 he finds another $10 for free. This might be the start of a whole new economic lifestyle, after all I just got cloves from Bali and sent back Chorizo sausages (#244).

What else can I barter? Does anyone in Eastern Europe want to send me some pickled red cabbage in exchange for, say, a few second hand (long valve) inner tubes? Or is there anyone in France who would trade me half a dozen free-range Bresse hen's eggs for a kilo or two of unsprayed Spanish oranges . . . . . . anyone? . . . . anything?

I'll put the kettle on while you think about it. 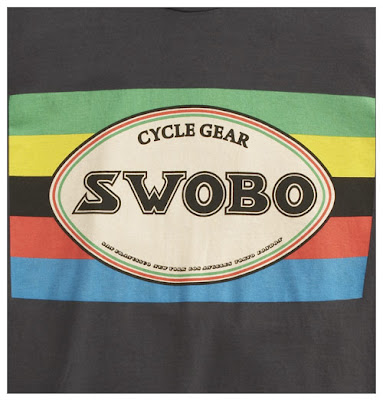 As a p.s. to the Tea post, I also received from SN of Chicago, a greeting card made by the Borealis Press which, quite rightly, says "If You Rest - You Rust".

But, more interestingly, information on the back of the card reads; Made in the USA with soy inks on acid-free, recycled, chlorine-free paper, which produces no dioxins in the mill waste. Printed using wind-generated electric power by workers dressed in second-hand flour sacks, sporting full beards, Aztec silver nose rings and shod in organic hemp high heeled sandals (and that's just the female staff).

Additionally, all the workers at Borealis Press are requested to defecate daily into a methane gas digester designed by the pioneer of sustainable energy, Ram Bux Singh, at the Gobar Gas Research Station in Aiitmal, northern India. I believe the gas is used to power the company's fleet of Humvees. 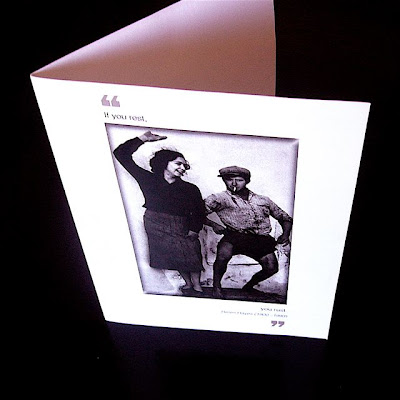 Posted by John Lillie at 11:38 am No comments: Links to this post

Sorting through a box of stuff, the other day, I came across this photo I took during the European Duathlon Championships in Birmingham (UK) back in 19 hundred and something. I was also the race organiser so the day passed in a blur - as did so many other race organising days (RODs) - now they go nice and slowly :-)

Mike Trees is in the lead and, funnily enough, a few months ago I called him up to blag a pair of Newton running shoes (he is the the UK importer). The blag didn't quite work but I did get a discount, hurray! Well done, Mike! 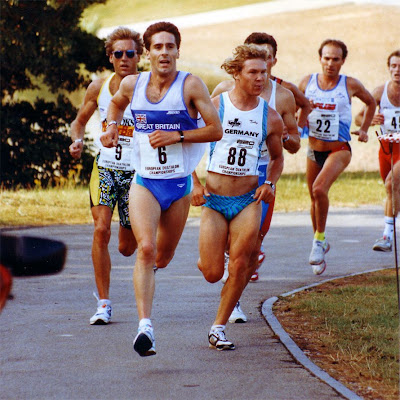 Posted by John Lillie at 8:44 pm No comments: Links to this post

I shouldn't say bloody and they were more musical than noisy and anyway they aren't our neighbours - although they were playing outside. Can you see the little girl having fun :-)

Posted by John Lillie at 7:22 pm No comments: Links to this post