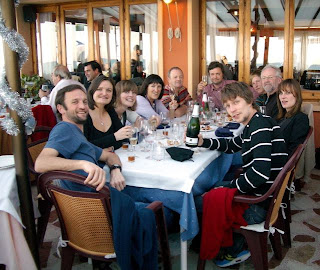 Christmas with all our family (including Dutch division).
at el Mena restaurant by the sea. 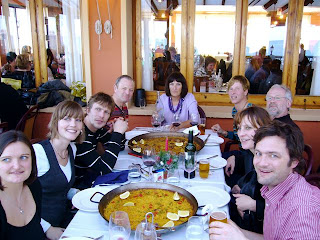 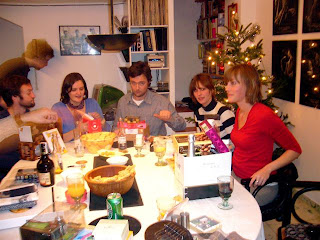 Posted by John Lillie at 8:22 pm No comments: Links to this post

Some months ago I was cutting up hot chillis for a spicy curry and I planted some of the seeds. Here is the result, ready for the pot! 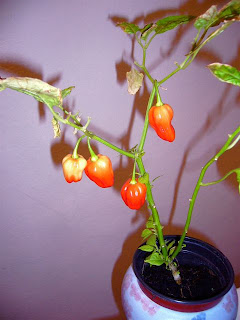 Posted by John Lillie at 7:49 pm No comments: Links to this post 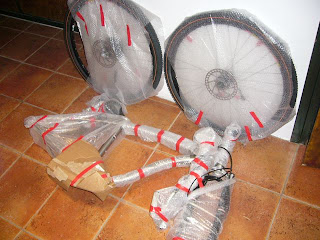 Friday: We flew Alicante - Bournemouth. I hired a car and drove to Air Canada Cargo at Heathrow and gave them my Merlin Newsboy for shipment to its new owner in Vancouver. After an hour filling forms I cruised down the M4 to visit Kev & Lorraine (and Ryan) near Swindon. Kev has been storing my old Low Profile TT bike in his loft for the last 20 years, so packed it in a box and I'm taking it back to Spain. 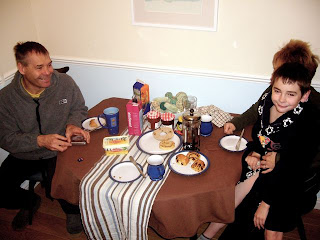 Saturday: After breakfast (note Ryan in very chi-chi dressing gown) I drove down to Broadstone to rejoin Sally and see her dad, Arthur. Stayed the night at Judy's (Sally's sister). 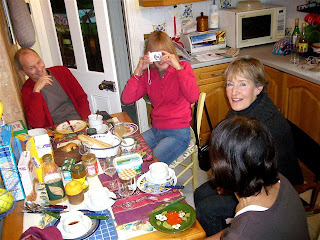 Sunday: Pat (seen here photographing me photographing her) and Timothy came down from Norwich, after another breakfast, we all met up for a family pub lunch. Then by car to London. Dropped bike at Jay's in Tooting and continued to Muswell Hill to stay with mum. Had v nice tapas with her next door neighbours. 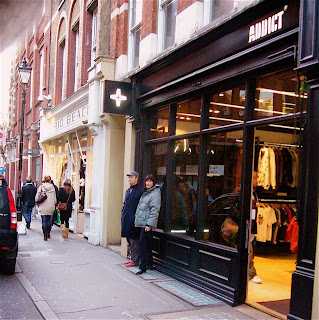 Monday: We went shopping and lunching in Covent Garden. Here we are hanging outside the Addict flagship store. It was very, very cold. 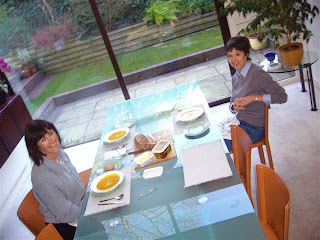 Tuesday: On our way from Muswell Hill to Tooting dropped in on Sally's friend Janet in Highgate (who we've known since the 60's) for a drop of soup. 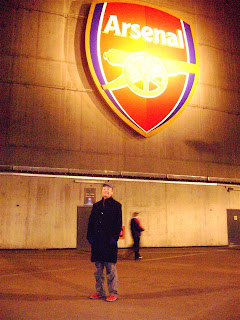 Wednesday: Pilgrimage to the Emirates Stadium to see Arsenal play Steaua Bucharest. We won 2-1, grin, btw Jay is not saying 2-2! 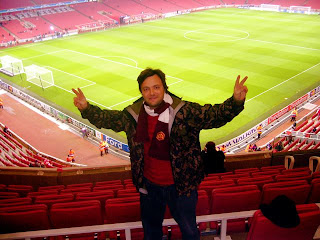 Thursday: Flew home and unpacked bike ready for a rebuild. 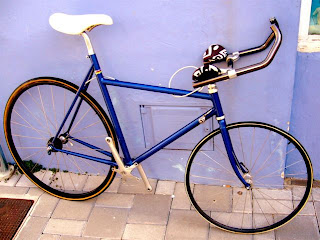 Posted by John Lillie at 6:31 pm No comments: Links to this post